Working meeting with the Judges of the Constitutional Court of Slovenia 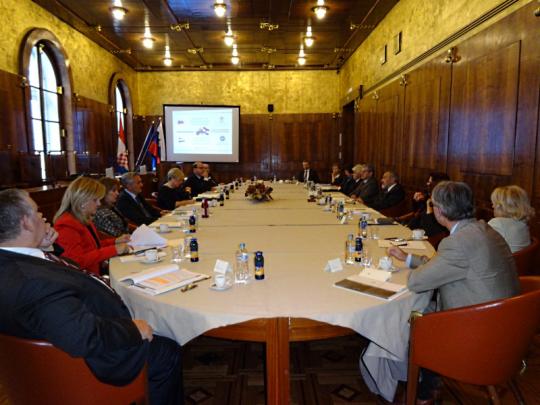 On these working meetings, which have been uninterruptedly held for more than 20 years, the judges exchange views on the most recent topics of constitutional jurisprudence. This year they addressed several issues related to independence and excessive workload of constitutional courts and their relation with European courts. One of the queries was related to Protocol No 16 to the European Convention for the Protection of Human Rights and what its ratification will bring to national constitutional courts.

Within the visit President Omejec was also received by the President of the Republic of Slovenia, Mr Borut Pahor.