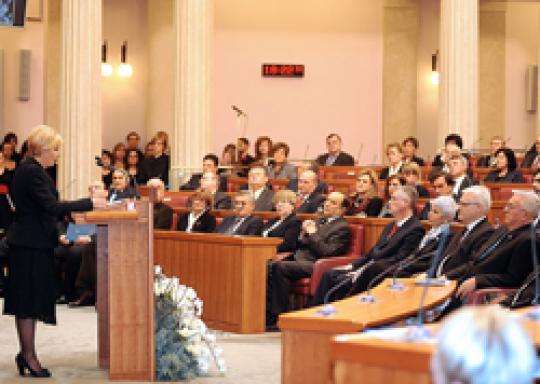 President Omejec concluded the Academy with the following message: "Childhood and early youth of this Country have been behind us. Croatia has gradually growing up and it is on the right path to secure the preconditions for development of a democratic society grounded on the rule of law and respect for human rights. On that road let us guide our Constitution, and the fundamental values of the constitutional order let be the lighthouses which will provide the light even in the most violent storms, giving us strength and support and directing us in our activities and our decisions".

During the Academy the Collection of selected decisions of the Croatian Constitutional Court was launched, covering 190 decisions dating from 1996 to 2009, classified pursuant to the main competences of the Court and equipped in accordance with contemporary requirements of accessibility and transparency of legal texts.