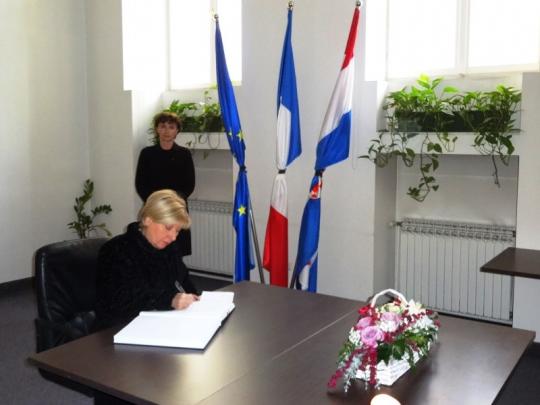 17 November 2015 - In tribute to the victims of the Paris attack, Professor Jasna Omejec, President of the Croatian Constitutional Court, lit a candle and signed the book of condolence for Paris victims opened at the French Embassy in Zagreb and extended condolences to H.E. Michele Boccoź, French Ambassador to Croatia. In her message she offered deepest symphaties to the families of the victims and to the people of France.