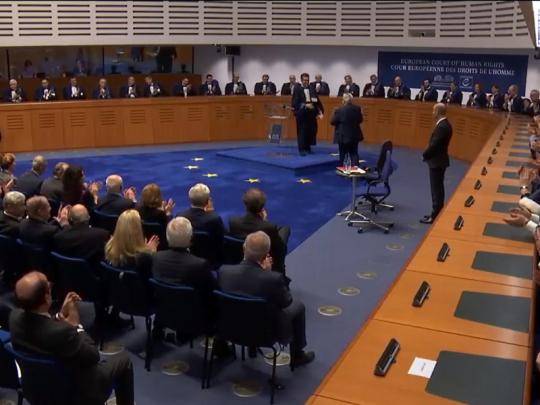 31 January 2020 - President Dr Miroslav Šeparović attended, together with Deputy President Dr Snježana Bagić, the official opening of the judicial year of the ECHR. The event included a seminar on the topic The European Convention on Human Rights: living instrument at 70, at which many eminent figures from European judicial circles were present. They also participated in the ceremony marking the official opening of the judicial year 2020, where Mr Linos-Alexandre Sicilianos, President of the Court, and Chief Justice Frank Clarke, President of the Supreme Court of Ireland, addressed representatives from the highest courts of the 47 member States of the Council of Europe and from local, national and international authorities.