Working meeting with the judges of the Constitutional Court of Italy

National Day for the Elimination of Violence against Women 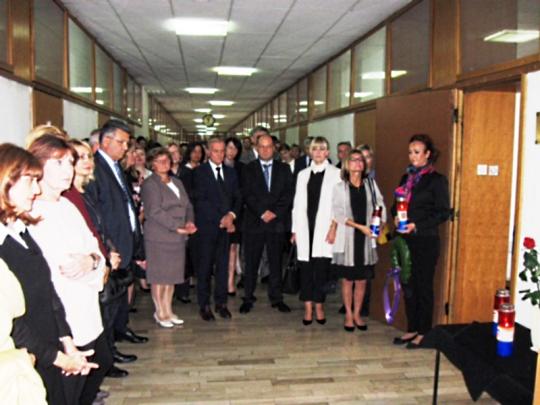 22 September 2017 - The National Day for the Elimination of Violence against Women, proclaimed in 2004 by the Croatian Parliament in memory of the tragedy that happened on 22 September 1999 at the Zagreb Civil Municipal Court, was commemorated today at that Court. On that day in 1999, Judge Ljiljana Hvalec, Attorneys at law Hajra Prohić and Gordana Oreškić were killed, and recording secretary Stanka Cvetković severely wounded during the hearing in the divorce case. The victims were given respect by a moment of silence also by Dr Snježana Bagić, Deputy President, and Lovorka Kušan and Ingrid Antičević Marinović, Judges of the Constitutional Court, while the participants were addressed by Jadranka Liović Merkaš, President of the Zagreb Municipal Court, Nada Murganić, Minister for Demography, Family, Youth and Social Policy and Dražen Bošnjaković, Minister of Justice.