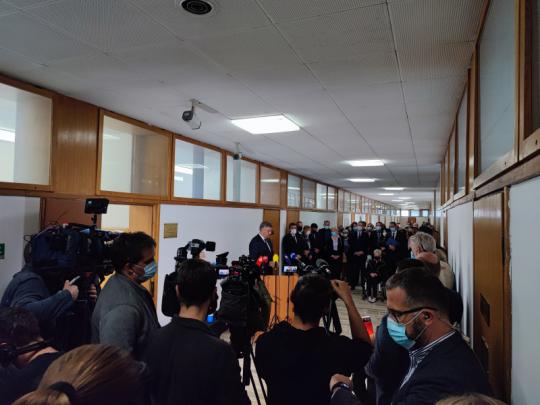 22 September 2021 - The National Day of combating violence against women was commemorated today at the Zagreb Civil Municipal Court in the remembrance of the tragedy that happened at that Court in 1999. On 22 September 1999, during a divorce hearing at the Zagreb Municipal Court, Mato Oraškić killed his wife Gordana, her attorney Hajra Prohić and judge Ljiljana Hvalec, and wounded court reporter Sanja Cvetković. After these murders, the Croatian Parliament declared 22 September National Day of combating violence against women with the aim of raising public awareness, sending a clear message about zero tolerance to violence and about the importance of protecting victims and punishing perpetrators. In honouring all the women victims of violence, a moment of silence was observed also by Mrs Ingrid Antičević Marinović, Judge of the Croatian Constitutional Court, who attended the commemoration at the Municipal Court.