Justice Charles R. Simpson III, Chair of the International Judicial Relations Committee of the Judicial Conference of the United States visited the Constitutional Court of the Republic of Croatia 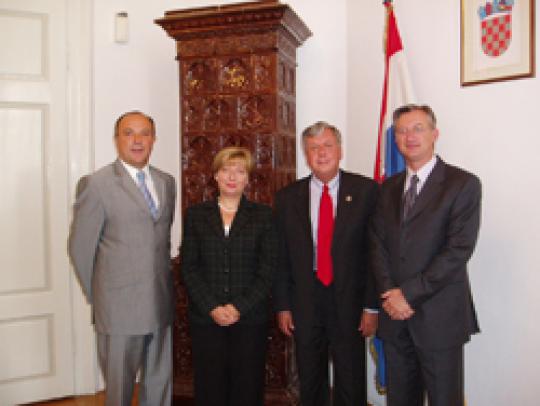 18 September 2008 - Judge Charles R. Simpson III, Chair of the International Judicial Relations Committee of the Judicial Conference of the United States visited today the Constitutional Court, where he was received by Prof. Jasna Omejec, President and Prof. Aldo Radolović, Deputy President of the Court. Justice Simpson, as a former Chief Judge of the U. S. District Court for the Western District of Kentucky, developed a Sister Court relationship with the Pula County Court (as the first US federal sister-court relationship), which stimulated exchange visits between judges of both courts. This time he visited Croatia within the World Bank Project of the reform of the Croatian judiciary.