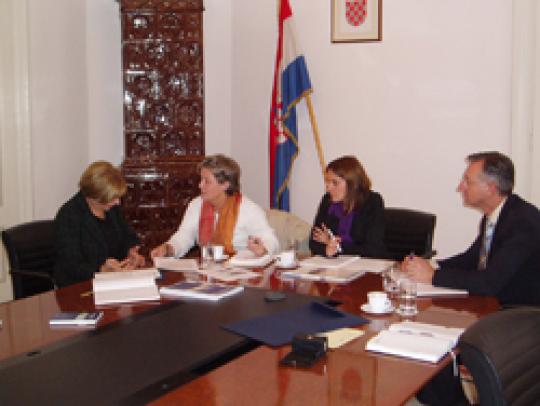 25 September 2008 - Prof. Jasna Omejec, President of the Court received today in a working visit Ms. Mary Wyckoff, Head of the Rule of Law Unit of the OSCE Office in Zagreb. The Office which officially began work on 1 January 2008 was preceded by OSCE Mission to Croatia, which closed at the end of 2007. The discussions addressed various issues of constitutional judicature, and in particular about the Court’s jurisdiction to review human rights complaints and on the lack of jurisdiction to review complaints regarding the failure of authorities to act.