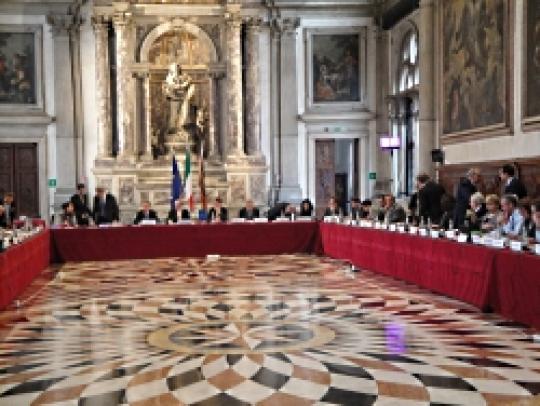 12 October 2009 - Professor Jasna Omejec, President of the Court and a substitute member of the European Commission for Democracy through Law (Venice Commission) from the Republic of Croatia participated in its 80th Plenary Session, held in Venice from 9 to 10 October 2009. Under the Agenda the Commission members exchanged views with the representatives of the Parliamentary Assembly and the Congress of Local and Regional Authorities of the Council of Europe on the cooperation with these bodies, discussed and adopted the amicus curiae opinion requested by the Parliament of the Republic of Albania, as well as the opinions on the drafts of various laws from Georgia, Latvia, Montenegro, Serbia, Ukraine and Armenia. Furthermore the second edition of liber amicorum dedicated to the former President of the Venice Commission Professor Antonio la Pergola was presented and members of the Commission also took the opportunity to bid farewell to the present Secretary General Mr. Gianni Buquicchio, whose mandate expires in November this year.