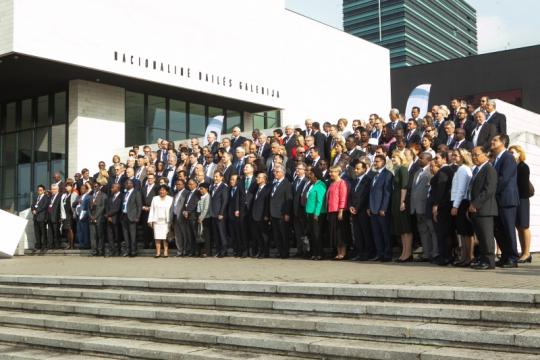 The participants discussed, on the basis of national reports, the different concepts of and new challenges to the rule of law, about the law and the state and the law and the individual, and they exchanged experience on the independence of Constitutional Courts, members of the Conference. The discussions showed that a number of courts had come under pressure not only from the executive and legislative powers, but also the media. This generally occurred when courts had delivered decisions that displeased other state powers or political actors. However, the courts must decide only upon their respective constitutions and principles enshrined in them, while the regional and global fora, and solidarity offered by peer courts, can assist them to remove the pressure. Permanent dialog on the rule of law and its application contributes to the strengthening of common constitutional values throughout the world despite the fact that this principle is interpreted in each state in a specific manner. However, as a generally recognised fundamental constitutional principle, it requires that the law be based on certain universal values, thus is essentially inherent to every constitutional issue. After the Congress, the organiser published the Vilnius Communiqué.

The next Congress will be hosted by the Constitutional Council of Algeria in 2020.