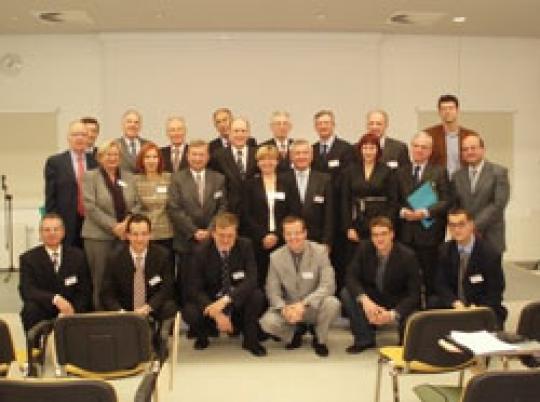 22 - 23 October 2007 - In Split, under the auspices of the President of the Republic of Croatia and Conseil d’état of the French Republic, organized by the Split University, Panthéon Assas University Paris, Center for European Documentation and Research Robert Schuman from Zagreb and supported by the Constitutional Court of the Republic of Croatia, Central State Administration Office and the Embassy of the French Republic to Croatia, the international symposium was held on the topic "Towards the modern public administration - tradition and transition - Workings and influence of the French Conseil d’état". In the symposium numerous eminent legal experts, judges of the French administrative courts, judges of the highest Croatian and European courts took part and discussed about the administrative court protection in Croatia and France, but also in other European countries, and about what is to be further done within the legal protection framework to further harmonize the Croatian legal system with the acquis communitaire of the European Union. The Croatian Constitutional Court was represented by Madam Judge Prof. Jasna Omejec and Secretary General Teodor Antić. The celebration of 200 years of the French Conseil d’état was only a good cause to tackle issues of the European administrative court judicature, since its work not only influences French administrative law and jurisprudence but also that in other European Continental countries including the EU.