President Omejec spoke at the Seminar on administrative adjudication 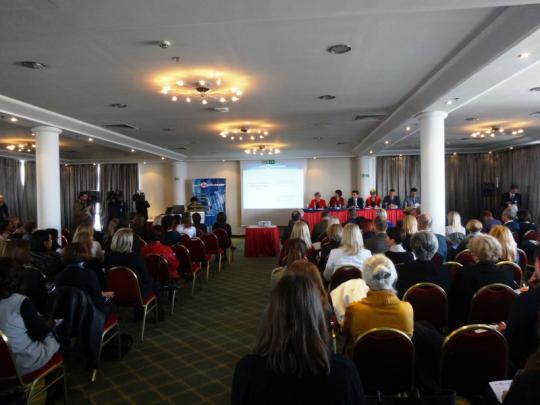 6 November 2015 - at a traditional seminar of the Croatian administrative court judges on the novelties in administrative adjudication, President of the Croatian Constitutional Court, Professor Jasna Omejec, held, upon an invitation by President of the High Administrative Court Mr Ante Galić, an introductory lecture entitled "The role of the Croatian administrative judiciary in promoting the rule of law and human rights". In her lecture she emphasised a few issues that administrative court judges can resolve by developing the case-law in line with the Constitutional and legislative framework. When speaking of the current situation in the Croatian state and public administration she noted that it is marked by "inertness of administrative spirit" generated through the fifty-year-long application of unaltered legislation regulating general administrative procedure and by the narrow margin of control of its enactments and actions that consequently made it possible for the administration to, until recently, stay normatively unchanged. She, however, indicated that in the multi-instanced mechanism of legal protection against administrative enactments, bearing in mind both the EU law and the one of the Council of Europe, as well as the present European discourse on reaching a balance between the protection of individual fundamental rights and interests of the society, the modern administrative judiciary is required a certain degree of sound judicial activism and creativity that goes hand in hand with the mandatory assessment of the public interest in delivering judgments.