President Omejec at the Law Faculty of the University of Belgrade 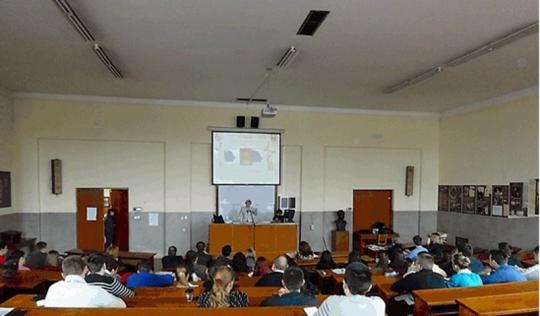 25 March 2015 - with her lecture on the role of constitutional judiciary in the processes of transition and Europeanization of the Croatian law, Professor Dr Jasna Omejec, President of the Croatian Constitutional Court, addressed the students of the course Law and Justice at the University of Belgrade Law Faculty. In her lecture she recalled the fundamental role of constitutional courts in the post-communist states, where the constitutional judiciary found itself amidst national and European law. She pointed out to confusion in legislative, and in general, regulative system of our country and to the troubled state of our judiciary chained in the textual or grammatical positivism, as well as to the strong lack of understanding of the Constitutional Court's role given that the Croatian society still does not except the fact that the constitutional judiciary supervises the legal frame of the state created by the political power. At the end she emphasised the need for general improvement of political culture and for spreading the awareness of democratic values and constant learning. She called upon the students to build their legal awareness in accordance with European legal standards entailed in their Constitution and to continuously cherish constitutional values.