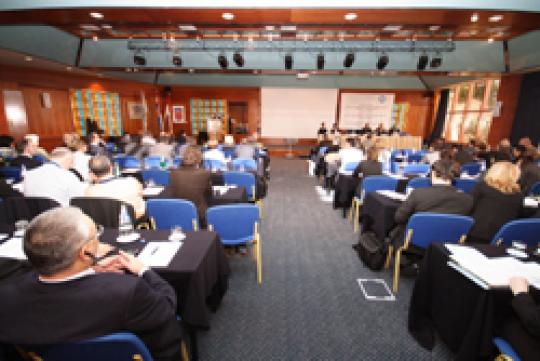 30 October - 2 November 2007 - a multilateral conference on the "Criminal Procedure Law in a Europe that is growing together" was held in Dubrovnik in the organization of the German Foundation for International Legal Cooperation (Deutche Stiftung fűr internationale rechtliche Zusammenarbeit) from Bonn, where the Croatian Constitutional Court was represented by Judge Prof. Davor Krapac, PhD and Ms. Jadranka Čabrić, senior constitutional court advisor. Through plenary sessions and working groups 112 participants managed to tackle issues on how the European law influences the national criminal law systems of the EU member states, states assessing the EU and aspiring states. The main reason for that is in the fact that both the development of European legislature in the so called third pillar of the EU law, and the trans-border character of modern delinquency ask for the more stronger future cooperation between specialized EU institutions and national criminal procedure bodies.