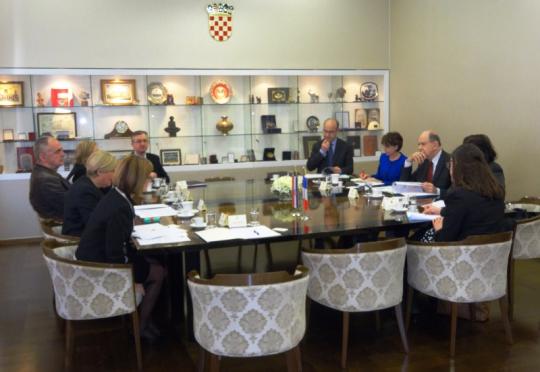 While talking about legal pluralism they agreed that Kelsenian pyramid is no longer capable of doing justice to the relations between the different legal systems: national law, EU law and the law of the European Convention. In that light they addressed the two mechanisms: the ECJ's preliminary procedure, given that it is not fully accepted by national constitutional courts, and Protocol 16 to the Convention for the Protection of Human Rights related to advisory opinions of the European Court of Human Rights. Regarding Protocol 14 both sides agreed that it is hard to believe that the EU could join the Convention without prior amendments to the Lisbon Treaty.

The French Conseil d'Etat is one of the most important institutions of the French administration. It advises the Government and Parliament on the drafts of laws, regulations and decrees. It also enjoys highest administrative jurisdiction and it is the last instance in cases related to the executive power, local authorities, independent public authorities or any other bodies vested with public powers.