Management of the Court

Secretary General of the Constitutional court 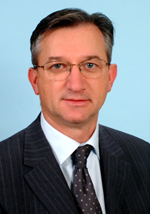 In 1993 legal adviser and head of the legal department of Elektromaterijal Ltd. Rijeka. From 1993 to 1997 Chairman of the City Council of the City of Rijeka, and from 1998 to 2000 Vice-Perfect of the Primorsko-goranska County. In 2000 assistant to the Minister of Justice, Administration and Local Self-Government. From 2004 to 2006 project coordinator in the UN Development Programme. From 1999 to 2004 member of the Secretary’s Office of the Public Administration Institute and member of the editorial board of the journal Hrvatska javna uprava (Croatian Public Administration). From 2000 to 2004 President of the Croatian Government Committee for the borders of units of local-self government and member of the State Examination Commission. From 1996 to 2000 member of the Management Board of Rijeka University. From 1995 to 1997 Chairman of the Management Board of the Modern Gallery in Rijeka, and from 1998 to 2000 Chairman of the Management Board of the Maritime and History Museum of Hrvatsko primorje (Croatian Coastlands) in Rijeka.

Permanent member of the Advisory Group of Experts for Decentralisation (AGRED) of the UN-HABITAT Organization, Nairobi, Kenya.

Senior lecturer in Organisation and jurisdiction of public sector at the three year Administrative Professional Study of the Faculty of Law, Rijeka University.